I’ve recently been inspired to pick up my sketching again. It’s been a long time, so bear with me. I wanted to introduce you to some of my characters in the book series I’m working on. It’s not the best, and it’s still in progress. Shading has never been my strong suit. Still, I hope you will enjoy it. 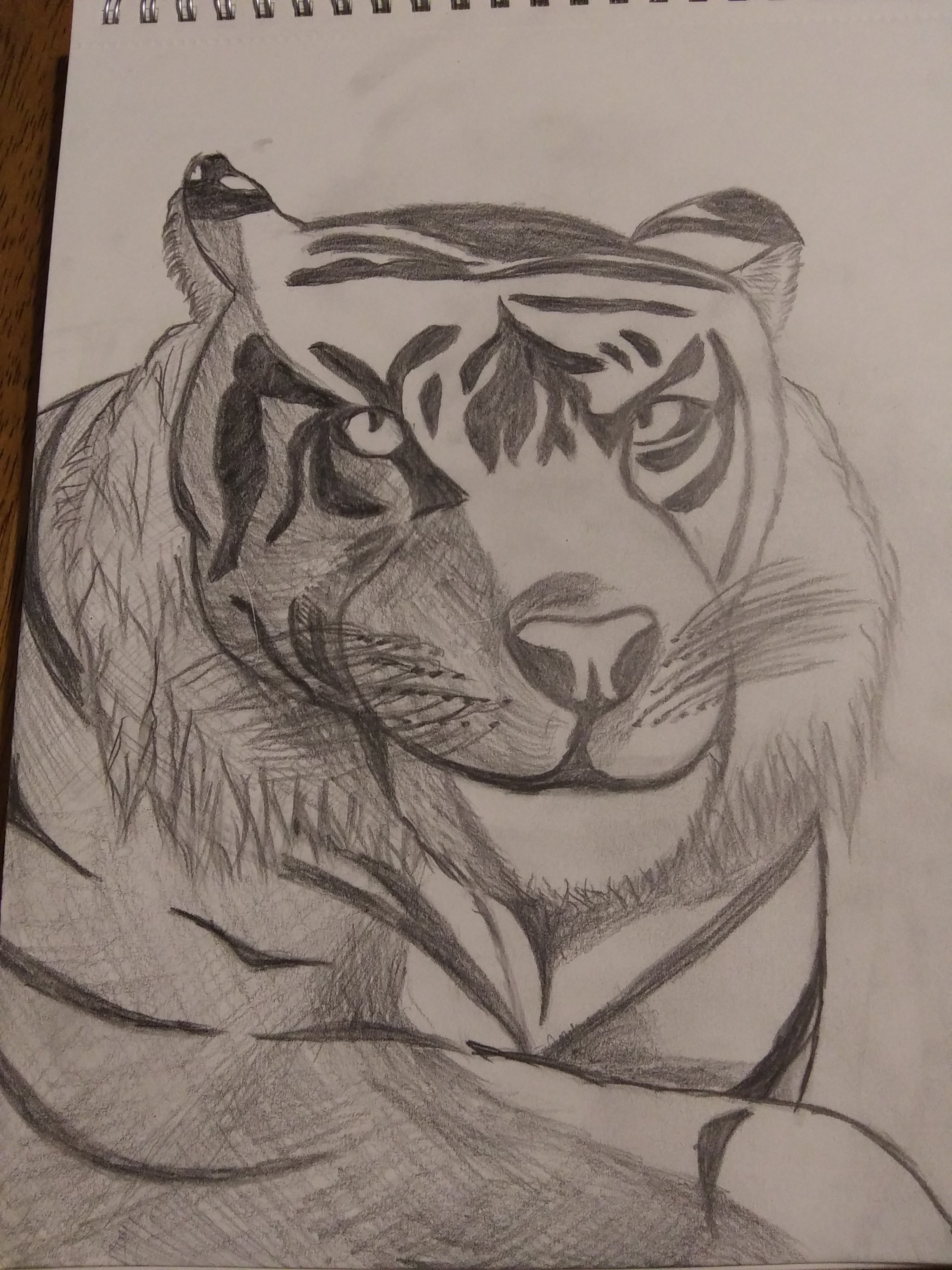 Meet Tati, the giant tiger guardian in my Children of the Ancient Heroes: A Lighted Lands Journey. Tati is the companion to my 9-year-old protagonist, Eli. She began life as his stuffed tiger, but a sprite named Illuma decided he needed someone to watch over him. She also happens to be Eli’s Mama in disguise, but he doesn’t know that part. Eli and his 13-year-old sister, Tirza, are my two protagonists. Her companion is a Chocolate Labrador, but I’ll introduce her another time.

Tati is fierce and protective, as any mother would be. Coupled with a new, powerful tiger’s body, she’s a force the monsters won’t want to mess with.

That’s all I have for you today. I’m enjoying sketching again, but I still need to finish my current edits of the book! Until next time, keep creating everyone!